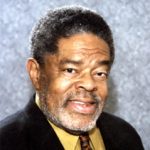 Since his ABA club closes for the summer months, Clayton and his partner, Anola Vance, have played at Raffles on Wednesdays during July and August the past two years. Anola, a former student in Clayton’s bridge class, has been playing duplicate bridge for 3 years. In the NLM (under 500 MP) game hosted by the PCBA at Bala Golf Club on October 9, 2015, Anola and Clayton placed 1st overall with a 65.46% score. Anola will soon advance to Club Master.