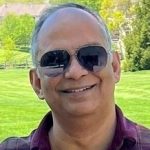 
For 2022 District 4 NAP Finals details:  dates, locations, and how to pre-register,  CLICK HERE

INTRODUCTION
The 2022 NAPs, a major national pairs event sponsored by the ACBL, is a grass-roots event that is played in three stages – qualification in club games, District 4 finals in October, and culminates at the Spring 2023 NABC, where winning pairs representing all 25 ACBL Districts compete. Players who win in the District finals, earn the right to represent District 4 at the Spring NABC (March 9-19, 2023) in New Orleans, LA.

The event consists of three flights and all players must be members of District 4:

Flight B:  This single day, two-session event will be held on Saturday, October 8. at the following two locations:

PRE-REGISTRATION IS REQUIRED:  The Flight B final will be a two-session event on October 8, 2022.

3.  NATIONAL NAP FINALS
The NAP finals take place in March 2023 at the Spring NABC (Nationals) in New Orleans, LA. District winners compete against each other for the National title. All 25 Districts are represented and, over the years, winners have come from each of those Districts.

In the event that any of the advancing pairs cannot attend the National event, they are replaced with 4th and lower placed finishers down the line.  Following are the monetary subsidies provided to subsidize the trip:

ADDITIONAL INFORMATION & RESOURCES
If you have any questions, don’t hesitate to ask your local club director or contact the NAP Coordinator for District 4, Bharat Rao, D4.NAPGNT@gmail.com