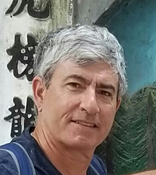 I was first exposed to bridge in 1974 by my medical school colleagues. Instead of attending classes some days, a group of us would play bridge in our dorms. I played intermittently for approximately 18 months and as the saying goes, “Life got in the way.” I quickly became overwhelmed with the responsibilities of being a medical resident and then before I could blink, I was a father to two little girls, who are now in their thirties. I had never played another hand (nor had any interest) since 1976.

Fast-forward to Autumn of 2019 when my wife and I went on a spectacular cruise to Southeast Asia. Offered onboard, among other things, were bridge lessons. As a recently semi-retired physician, one of my retirement goals was to learn to play bridge again. On the ship, I coincidentally ran into an old acquaintance who informed me of a local bridge club (South Jersey Bridge Club), literally five minutes from my house.

In December of 2019, shortly upon returning from vacation, I signed myself up to begin taking more lessons, reading books, playing in tournaments and getting pushed around by all of the “bridge sharks.” However, I noticed that my game continued to dramatically improve, and I was learning something new from each hand played. Now, I am “addicted” and playing and reading regularly!

This April, during an online class, I virtually “met” a gentleman with a quick wit, a jovial personality and an aggressive bidding attitude–we are now a wonderful partnership. Oddly enough, given the impacts of COVID-19, I still have never physically met him!

Regarding my personal bridge goals, I am deeply concerned whether my bridge club, or any bridge club for that matter, will survive the financial hardships imposed by COVID-19, as well as the opportunity for all of us to congregate again once a vaccine is developed. Being semi-retired, I have now “invested” in the game, but realize the social aspects are just as important. It has been a wonderful journey so far and I hope I am just at the beginning