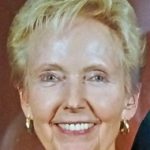 Many many years ago when I was very young,
A friend and I read Goren’s Book, love of bridge had then begun;
Other friends’ and neighbors quickly said, in no uncertain terms, “Too much study time involved, no desire to read, to learn”;
So one day we heard “There’s a bridge game in town, just come in and you can play”,
So off we went to check it out, to see if we could stay….
And play some hands, what could we lose, after all we read Goren’s book,
We were seated at a table, introduced and then we looked,
No cards were dealt or taken, instead once played were all returned….
To the board, then passed on to be played again until played by all, we quickly learned;
Well the years rolled on, business demanded much time and my bridge days faded away,
Until late last year I decided to observe a duplicate game to see if I felt I could still play;
The first thing I learned, the Goren I played was no longer being used anywhere,
Conventions and strange bidding now ruled the day and to compete you must adapt if you care….
To stay in the game and win some points, after all winning is what we all want to do,
And if you play your cards right and luck is on your side, you’ll pick up a couple of points too;
So now I’m a Junior Life Master, at this time of my life, I think to accomplish that really is a blast,
But the real benefits of the game are the friendships I’ve made, and that soothes me if I come in last;
So I look forward to continuing and improving my game, even collect some more points along the way,
And win, lose or draw, I’ll continue to play, even sneak some Goren in….but I’ll never say.