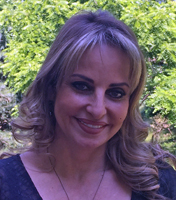 I was born in Lebanon, moving to the United States in my teens. I studied computer science at Northern Illinois University and worked with computers at the school for six years. My husband and I moved back to Beirut in 2000 so he could help with the family business. We returned to the US in 2010 and I now split my time between Beirut and Bryn Mawr, PA, with regular travel to bridge tournaments.

I caught the bridge bug in my 20’s after learning the game with friends and was so smitten that I started the Bridge Academy in Beirut. It was later turned into a bridge club and often has as many as 90 tables in play.

I have more than 28 trophies from competitions around the world and just recently started playing more in the United States. I recently represented the USA in Poland and finished in eleventh place.