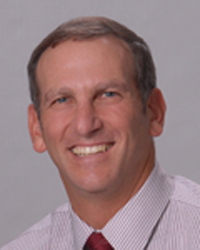 I learned Bridge as a teen in Long Island, when my friend’s mother (Audrey Bruckner) decided that her son’s poker playing friends were smart enough to take on bridge. We got it in our blood immediately, and in between every sport you can name, we advanced into Duplicate. Yes, we were the youngest, but back then, Duplicate bridge was played in the evenings, so that worked for us. My partner then (“Earl” Ehrlich) and I even created our own bidding system, which was allowed in the 60’s. I even taught my dad to play in 2 days, and we played duplicate together the next week. A similar experiment with my dear (but not card-savvy) wife of 40 years, Susan, didn’t work as well when we were living in Mexico in 1978. She took notes, asked questions, but never really loved the game like I did.

Unfortunately, my career as an OB/GYN and my two children were the two biggest obstacles to my continuing towards any dream of Life Master status. So, I put bridge aside for a few decades, still reading the columns, and waiting for a chance at rekindling that spark. We did manage to squeeze in a game here and there, at college (Penn State) and even amongst those old friends from back in the day. Last year Glenn and I started trying again, as our bodies were getting a little beat up for the full court basketball that introduced us to each other. We both had to learn 2/1; as I had never even heard of it before. Now we both are loyal Larry Cohen disciples, his site being our go-to when bidding questions arise. Last Friday was the culmination of the road back, having played at Moorestown, South Jersey, Raffles, and even Thurs nights at The Philadelphian.

I would like to say that all of those clubs have been wonderfully supportive of new “old” players, as we have so enjoyed the competitive but welcoming spirit that Bridge can exemplify.