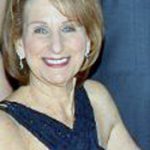 My husband died in 1995 very suddenly and right before my eyes. I was in shock and became very anxious which spiraled into a deep clinical depression. A friend of mine, who was also going through problems of her own, decided to get a few women together to socialize, be together, and maybe help each other with our grief. She knew enough bridge from playing in college and decided to start to teach the others in our little group. I don’t know how much I really learned that first year, but it helped to be with friends and have to direct my mind to focus on something else rather than my problems. After a while we all started taking bridge lessons from Jane Segal. When I moved to a new home a couple of years later I met other people who played bridge and eventually started playing duplicate. I have to say that Bridge helped me focus and was a wonderful distraction. I set a goal to become a Life Master and am so happy to have reached that goal.