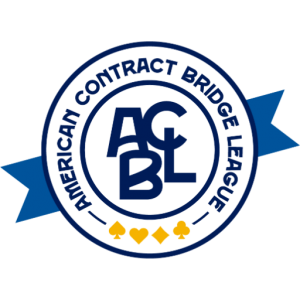 I was introduced to bridge around 1970. Things were very different then. Each day’s game had a different owner/director, even though they shared a common space. A bit of friendly competition inspired each director to keep improving his/her game. There were no A/B/C strats, no NLM tournaments, no Gold Rush or Mid-Flight events. Instead there were things like Mens Pairs, Womens Pairs and Mixed Pairs. The ACBL strongly discouraged playing directors by reducing the points award when a director did play.

In 1972 there was excitement leading up to the Fall Nationals in Lancaster. Each unit had a day to provide the volunteers. It was at that tournament that a met my husband. We were married a year later. Then family, house, and a full time job kept me away from bridge for nearly 30 years.

When I returned late in 2009 things even looked different. There were bidding boxes and computer scorers. In the fall of 2010 we headed to the Lancaster Regionals and things fell together nicely…I hit both 300 points and 25 gold on the same day. A month later I was diagnosed with breast cancer.

It quickly became apparent that I was going to need a safe zone away from treatment. So for a year we tried to both keep my condition quiet and arrange chemo, tests, surgeries, and radiation so that there would be one afternoon a week to get away from all that and play bridge.

I was just finishing radiation when the 2011 Lancaster Regionals rolled around. With very little in the way of expectations due to my depleted state, we again made the trip and were rewarded with a win in a two-day Knockout. The very next day I decided I was strong enough to take off the wig.

Health issues and pets still limit our travel to day trips. I have a couple more months of oral medication which has a serious impact on memory. But again this year we traveled to Lancaster for the Regional, and again Lancaster was special. I‘ve been a Penn State trained Master Gardener for nearly 20 years, so I like to say I reached the rank of ‘Silver Life Master Gardener’.

Bridge is certainly not the most important thing in life. But it can play a big role in helping us deal with the things that life throws at us.