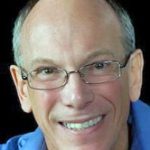 My first experience with bridge, in fact duplicate bridge, was when I was around 9 or 10 years old. My parents, who played bridge with a couple of different groups, were in a duplicate bridge group.  When my parent’s hosted the duplicate group, they would let me shuffle the cards for the boards. After their friends left, I got to finish off any of the leftover appetizers.

Until I moved to Pennsylvania from Minnesota two years ago, I had only played with people a dozen times. My dad had taught me when I was 11, but I only played with my parents and some of their friends a couple of times. Other times, I played with my Tai Chi group during its annual weekend retreat, which one of the group, Kim Hayward, is a Grand Master. My other prior experience is playing bridge solo almost every night. I deal out, bid, and play the hands to what be the most likely lines of bidding and play.

I moved to the eastern Pennsylvania & western New Jersey area to be able to work in my business associate’s, Rose Levy Beranbaum’s, Hope, New Jersey home. Rose is the award winning baking cookbook author of 11 books. I found the when I was looking on-line for a bridge group. Jo Ann Mauger received my email and invited me to join the Stroudsburg, PA Monday afternoon group.

My experience with Jo Ann’s group has been wonderful. She is a great director and an excellent teacher, as she frequently holds a class for players after we finish our games. She paired me up with a good “C” ranked partner as well, Sam Goosay. Before joining the club, I had only played informal party bridge and only knew Stayman and Blackwood for conventions. So it has been a rapid and interesting learning curve for duplicate bridge.

What I like about our club is the willingness of the experienced “A” ranking players to offer their advice on bidding, playing, and strategy. Especially, William Haynes, who likes to remind Sam and me,” You need to remember the scoring. Sometimes better to let the opponents get the bid with the possibility of setting them than be in the same contract as everyone else.” I also, have found the ACBL’s on-line “Learn to Play Bridge” very helpful with playing the various hands, especially with all of the modern conventions. I have also enjoyed reading and trying to solve problems in the Bulletin. My partner also recommended Audrey Grant’s Bridge at a Glance, which I check with it and convention pages from Learn to Play Bridge when I practiced solo.

Since Rose and I research, test, and write baking books, I generally bring a treat to the group each week for their feedback.