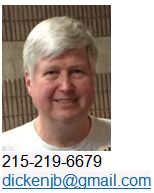 INTRODUCTION
The 2021 NAPs, a major national pairs event sponsored by the ACBL, is a grass-roots event that is played in three stages and culminates at the Spring 2022 NABC, where representatives from all 25 ACBL districts compete. Players who won the right to play in this event will represent District 4 at the Spring NABC in Reno, NV in March of 2022.

The event is played in three flights and all players must be members of District 4:

The NAP national final for all flights will be held at the NABC in Reno, NV in March of 2022.

CLUB QUALIFICATION
A player must qualify at a local club to be eligible to play in the District finals. Club qualification games are played at local clubs during June, July, and August in 2021. Each club decides when to run its NAP qualifying games, so check with your clubs for the schedule. You can qualify in more than one flight and play in any flight for which qualify, as long as there are no playing time conflicts at the district level. Qualifying at the club level is on an individual basis – that is, if you qualify with one partner at a local club, you may play with anyone else at the District finals as long as both players are from District 4 and have qualified at a local club qualifying game. The club level qualification games award both black and red points.

The Flight A District finals will be a two-day, four-session, qualifying event held on October 30-31, 2021 online. Details of the event will be forthcoming.

The first two sessions in Flight A will be played on Saturday October 30, 2021 to qualify 30 to 50% of the field for the final two sessions played on October 31, 2021. Details for pre-registration will be forthcoming.

Flight B District finals will be a one-day, two-session event on November 6, 2021 online. Details of the event will be forthcoming.

The Flight B final will be a two session event online. Details for pre-registration will be forthcoming.

The 2021 District 4 Flight C Final is a two-session event and will be held online on October 30, 2021. Details for the event and pre-registration will be forthcoming.

NATIONAL NAP FINALS
The NAP finals take place in March of 2022 at the spring NABC (Nationals) in Reno, NV, District winners compete against each other for the national title. All 25 districts are represented and, over the years, winners have come from each of those districts.

ADDITIONAL INFORMATION
If you have any questions, don’t hesitate to ask your local club director or contact the NAP coordinator for District 4. Here are the links to the national and district supplemental Conditions of Contest: