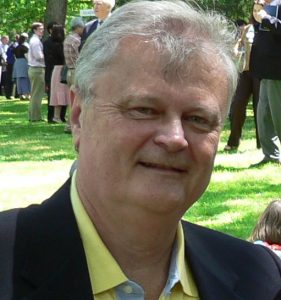 I learned the game ages ago but never played. My bridge activity was limited to the game in the daily newspaper. I actually thought nobody played bridge in the Rochester area. Then, chatting with Jerry Manioci (a Sapphire Life Master) I realized bridge was being played in the area.

I signed up for bridge lessons at the Pittsford Recreation Center. I skipped the 101 class because I thought I knew the basics. Quickly I found the game had changed. I bought the 101 book and crammed to catch up.

I started playing some social bridge with some of the classmates. This led to playing duplicate. Mary Lyke, my teacher, suggested that a classmate, Jim Baxter, and I would be good partners. We teamed up and have played for about five years. We have been mentored, taken classes, and often meet for breakfast to discuss recent blunders and evaluate new conventions. We have played in club games and several tournaments around the state and accumulated our points. We both lacked about 1.5 silver and it seemed to take forever to claim them.

I want to thank Jerry for re-starting my bridge interest, Mary for her patient teaching, and Jim for being a great partner.