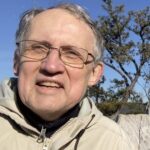 When you talk to the Wilmington bridge community and ask about Bill Herdle, you’ll hear that whenever asked to help, he inevitably says “yes”.  And that’s how Bill became the Unit 190 Secretary as well as its Web Master.  He may have felt some trepidation in taking on these roles initially, but his willingness to learn and helpful spirit have made him an important leader in his Unit.

More recently, Bill was asked to consider becoming the Editor for a new District 4 monthly publication called “Silver and Gold”.  The idea behind this email publication is to provide a consolidated 90-day list of tournaments and games where players could win the Silver and/or Gold points needed to continue advancing through the masterpoint ranks.

Of course, Bill said yes, even though he had no experience with our Constant Contact mailing platform.  If you agree that “Silver and Gold” helps you plan how to get those sometimes elusive Gold or Silver points, you have Bill to thank.

Bill can’t remember when he started playing bridge, but knows he spent far too much time playing badly in the basement of his dorm at Swarthmore College. After obtaining a Ph.D. in organic chemistry (and joining the ACBL) at the University of Wisconsin in Madison, he accepted a research and development position in a specialty chemicals division of a large chemical manufacturer.  This resulted in his bridge playing days going into a hiatus.

He worked for the same company for nearly 40 years (though his division was sold five times during his tenure).  He traveled widely for his work and was stationed at various times in Tarrytown NY, Charleston WV, and Geneva, Switzerland.

After retiring in 2012. Bill moved to Delaware (allegedly to avoid New York real estate taxes).  He took up bridge again, considerably more seriously than in college, a few years ago.  He joined the Unit 190 Board in 2019 and has acted as its Secretary since then.